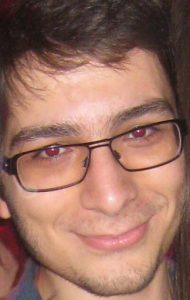 The most important thing that makes an Erasmus exchange program a different experience is friendships that you established. During the times of my study in Panevėžys I had some friends who helped me in most cases. They made my days way better than before. The small city Panevėžys does not have a lot of entertainment; it contains calm spirits within itself and its people.

I remember, when we first arrived, Panevėžys filled me a bit with apprehension. I guess the reason for that was the late hours we came to Panevėžys. A few friends with me were picked up by a car of our mentor who was excessively kind and brought us to the dormitory.

We needed some time to get used to Panevėžys environment, because it was totally different from where we were living. After a while, we realized that the ones who should adapt to the environment were not us, but Panevėžys.

Consequently, we found ourselves hanging around every night in the city, which was partly calm, partly odd, and interesting enough warm-blooded when the people of the city engaged in partying.

Other than that, one thing should be considered about Lithuanian people is the language, but it should be considered by thinking the country’s earlier situation under the Soviet Union. I guess that is why over middle-aged population is good at the Russian language. Youngsters are determined, and they are learning English pretty fast. I have met a few students who are almost like natives.

As an Erasmus Student Network member, I would recommend that the students of Panevėžys could contribute to volunteering activities together with Erasmus students, increase awareness of the Erasmus students’ network conception at KTU Panevėžys faculty and the city.

Erasmus stories are very long to tell, but I am sure that leaving the city was the saddest one. Erasmus stories are nice, but they are specific to the ones who live it. Everything else is just unforgettable memories and the connection with the real actors of the stories.